Freckles are flat, beige, and brown circular spots that are generally the size of the head of a metal nail. The spots are multiple and can develop on sun-exposed skin after repeated exposure to sunlight. These are particularly common in people with red hair and light complexion. They can appear in children as young as 1 or 2 years old.

Most freckles are generally uniform in color, but may vary in color (they may be reddish, yellow, toasted, light brown, brown or black), but they are basically a little darker than the surrounding skin. They can become darker and more evident after sun exposure and lighten in the winter months. Freckles are due to an increase in the amount of dark pigment called melanin and an increase in the total number of pigment producing cells called melanocytes.

Freckles are believed to develop as a result of a combination of genetic predisposition (inheritance) and sun exposure. Sun and fluorescent tanning lights emit ultraviolet (UV) rays, which when absorbed by the skin increase melanin pigment production by skin melanocytes. People with blond or red hair, light eyes and fair skin are especially susceptible to the damaging effect of UV rays and may develop freckles. A freckle is nothing more than an unusually heavy deposit of melanin at a point on the skin.

Is it possible to inherit freckles?

Heredity or skin color more precisely is a very important factor in susceptibility to freckles. The tendency to freckles is inherited by individuals with fair skin and / or blond or red hair. It is unlikely that people with very dark pigmentation develop freckles.

Research in twin brothers, including pairs of identical twins and pairs of fraternal (non-identical) twins, has found a striking similarity in the total number of freckles found in each pair of identical twins. Such similarities were considerably less common in fraternal twins. These studies strongly suggest that the appearance of freckles is influenced by genetic factors. Several genes have been associated with freckles: MC1R, IRF4. ASIP, TYR and BNC2. 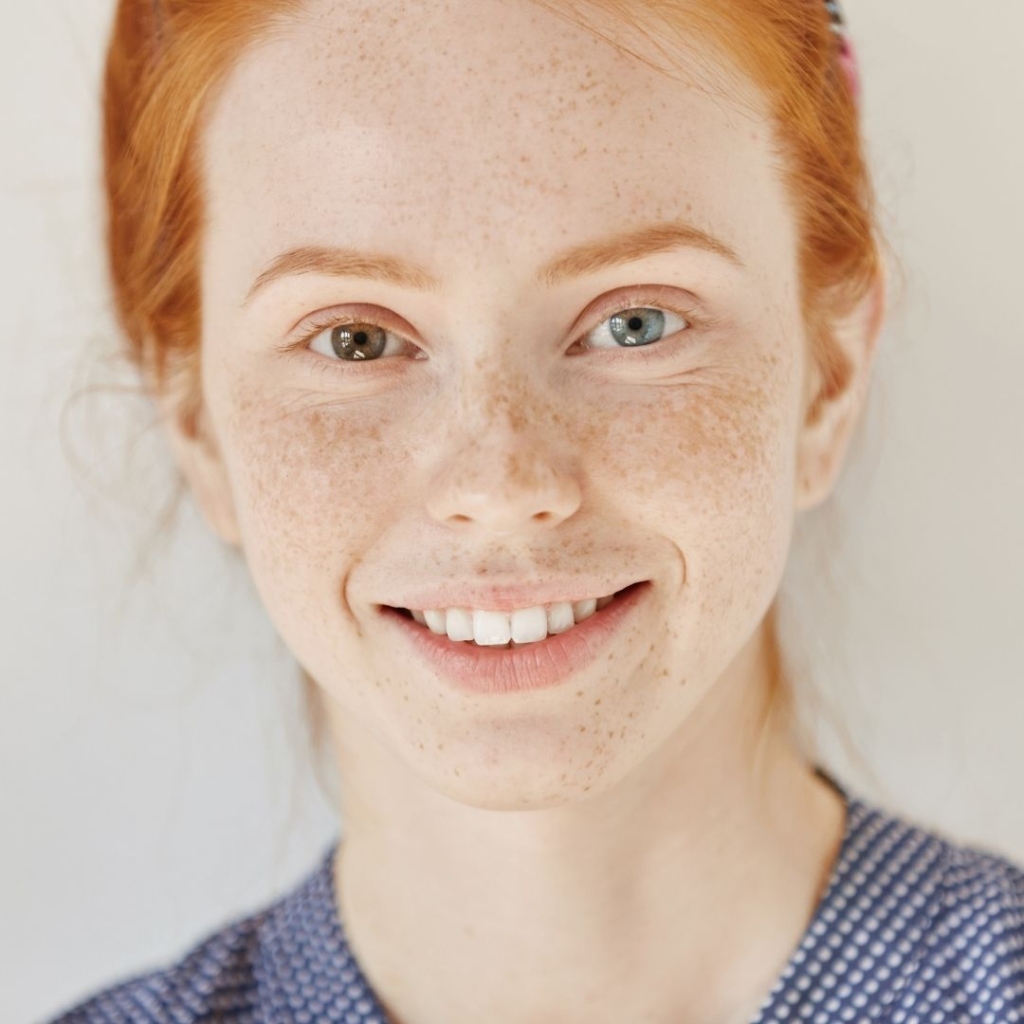 What is the treatment for freckles?

Freckles are rarely treated. There are several safe but expensive methods to help lighten or reduce the appearance of freckles. Frequently, multiple or a combination of treatments may be required for the best results. Not everyone’s skin will improve with similar treatments, and freckles can often be repeated with repeated UV exposure.

Freckles are harmless. They may sometimes be confused with more serious skin problems. Conversely, more serious problems such as skin cancer may at times be passed over as a mere freckle. Anyone who has one or more pigmented spots of which they are not certain should be seen by a dermatologist. Treatments are available to lighten or eliminate those freckles whose appearance bothers their owners.

Are there home remedies for freckles?

There are no home remedies that adequately treat freckles. A quick Internet search will reveal a whole host of treatments, most of which are composed of a variety of edible goodies. Makeup can be of great benefit in concealing freckles.

Is it possible to prevent freckles?

Since we cannot change our own genetic component of freckling, our main prevention measures are aimed at sun avoidance and sun protection, including:

Freckle prevention is more effective than freckle removal. Freckle reduction treatments are more difficult and often not satisfactory. People with known inherited tendencies of freckles should start to protect themselves from the sun early in childhood. Much of the skin damage from the sun and UV rays often occurs when children are under 18.

Light-skinned people who are more prone to freckles and sunburn also have an increased risk of developing skin cancers. Freckles can be a warning sign of sensitive skin that is highly vulnerable to sunburn and possible skin cancer.